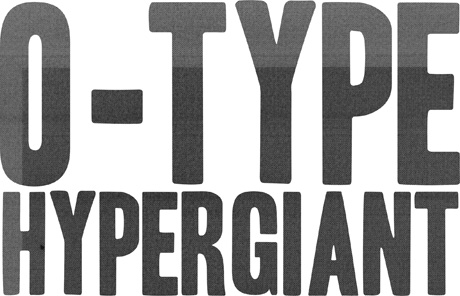 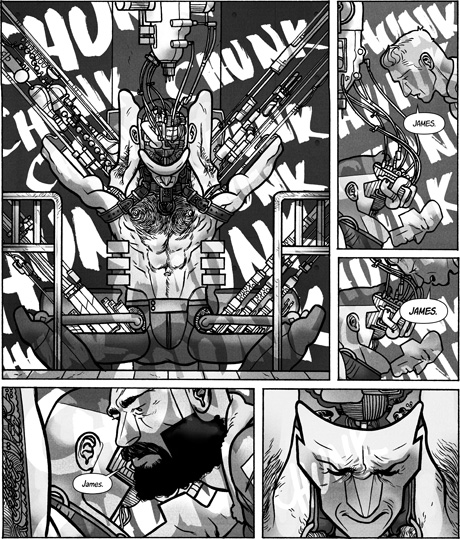 O-Type Hypergiant is the story of three Instamen (artificial humanoids created to catalog stars for absent humans) and the trouble they find orbiting LBV-1812-77—an almost incomprehensibly massive O-type star. Life in space can be lonely, so they seek companionship from each other whenever possible, and Jamie, a young Instaman has set his sights on his world-weary coworker, Jim. When forces outside of their control threaten their sprawling spacetime-folding starship, Jim and Jamie awaken James, the ship’s mechanical expert, and try to collaborate on a solution that will not only save the Instamen, but the star that resides in the core of their ship. 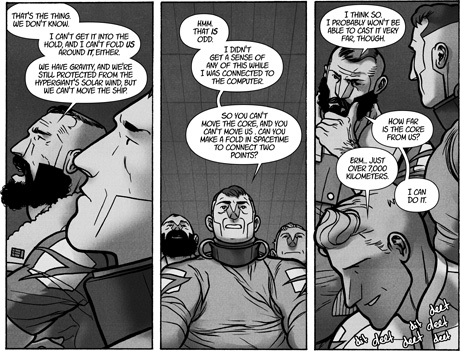 O-Type Hypergiant was created for the Beyond, queer science fiction and fantasy anthology, which was successfully Kickstarted in Spring 2015. The thesis of the book was to feature stories that starred unambiguously queer protagonists being the heroes of their own stories, instead of secondary—or more frequently, tertiary characters. O-Type Hypergiant ended up being a 20 page story that I wrote, drew, inked, toned and lettered solo. 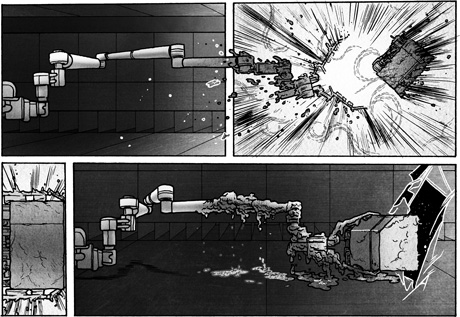 You can read O-Type Hypergiant in the Beyond anthology.