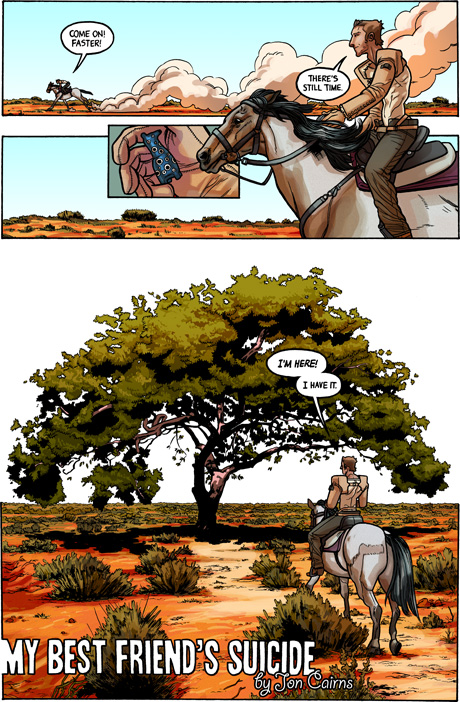 My Best Friend’s Suicide is a deeply personal short story written in reaction to the real life suicide of my best friend, told through the characters and universe we created together in high school. it’s a meditation about loss and ultimately what it’s like to be left behind, stuck carrying the weight of unfulfilled potential and expectation. The comic pages are accompanied by an essay to provide the context for the short comic.

My Best Friend’s Suicide was featured in the Poor Wayfaring Strangers western comics anthology, and was successfully Kickstarted in early 2016.

You can read My Best Friend’s Suicide in the Poor Wayfaring Strangers anthology.